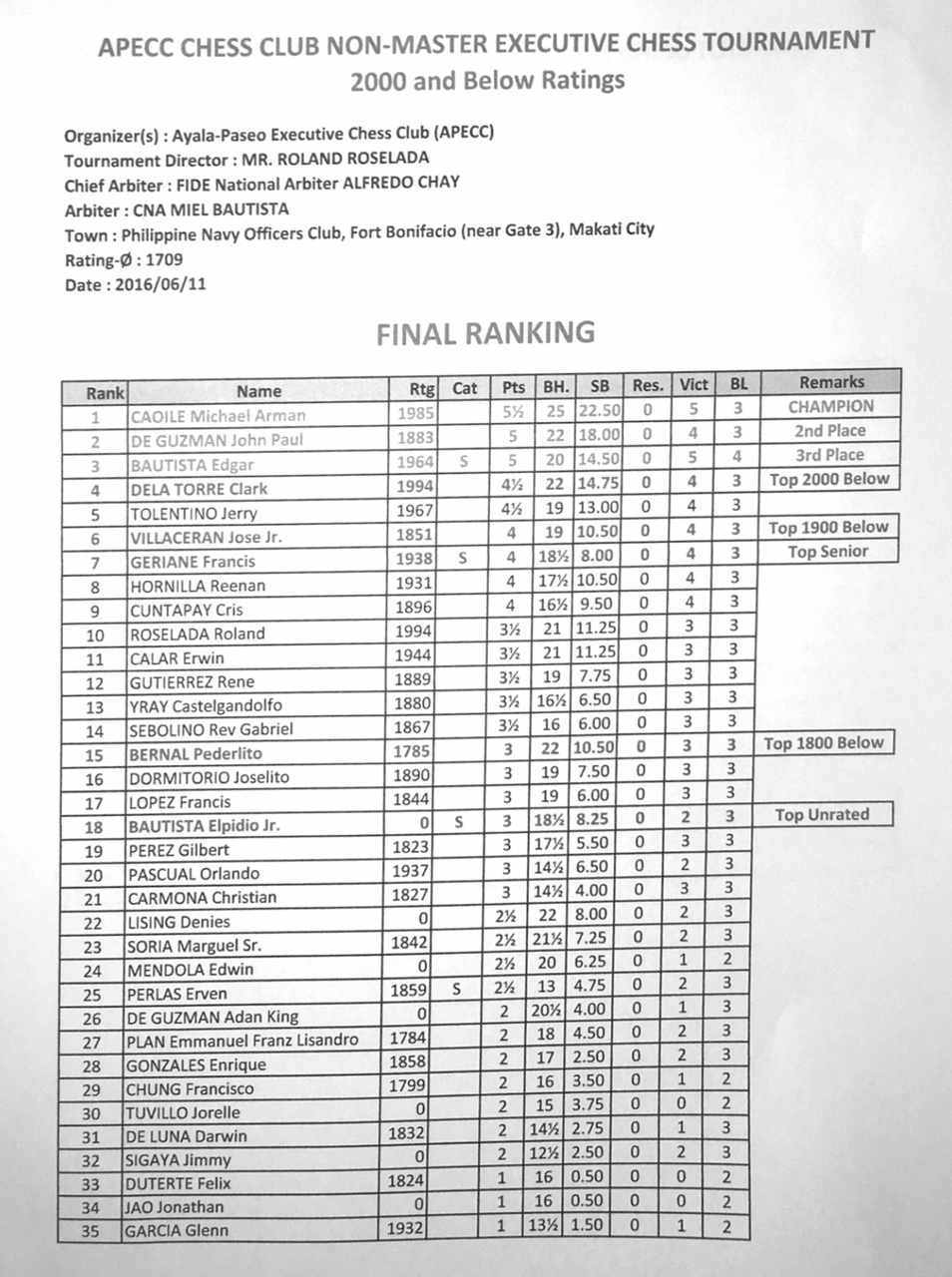 Check out the pictures of the awarding ceremony below:

Michael Arman Caoile bested all the other participants with 5.5 points and the champion of June 2016 APECC Executive Chess Tournament. He was joined by APECC officers Val De Guzman and Roland Roselada (President) in this photo.

I played in this tournament, and as far as I can recall my games, I’m posting some of them annotated here in this site. In the Round 5 game that I played with D. De Luna, I missed some winning lines that although I was up by a pawn in the endgame, but because of our opposite colored bishops, the game ended in a draw.

The next APECC Executive Chess Tournament will happen in July 9, 2016. See this forum topic for more details.