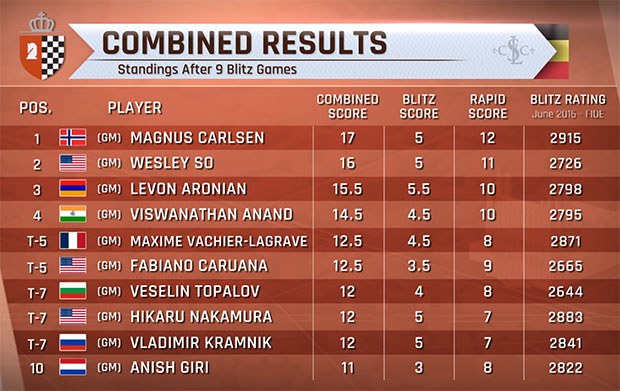 Wesley So is trailing closely behind by just 1 point, and considering that Carlsen is just a wildcard player in the Paris and Leuven leg of the Grand Chess Tour 2016, Wesley is, thus far, well poised to take home one of the top prizes in the tour.

Replay all the blitz games here.

Check out the Grand Chess Tour website to learn more about the tour.

Photo credit: Grand Chess Tour and Chessbase (for the crosstable).