Kramnik is still playing in the London Chess Classic leg, thus he can still be in contention for the Grand Chess Tour title.

Remember, the ranking so far (and their respective points) in the 2016 Grand Chess Tour follows: 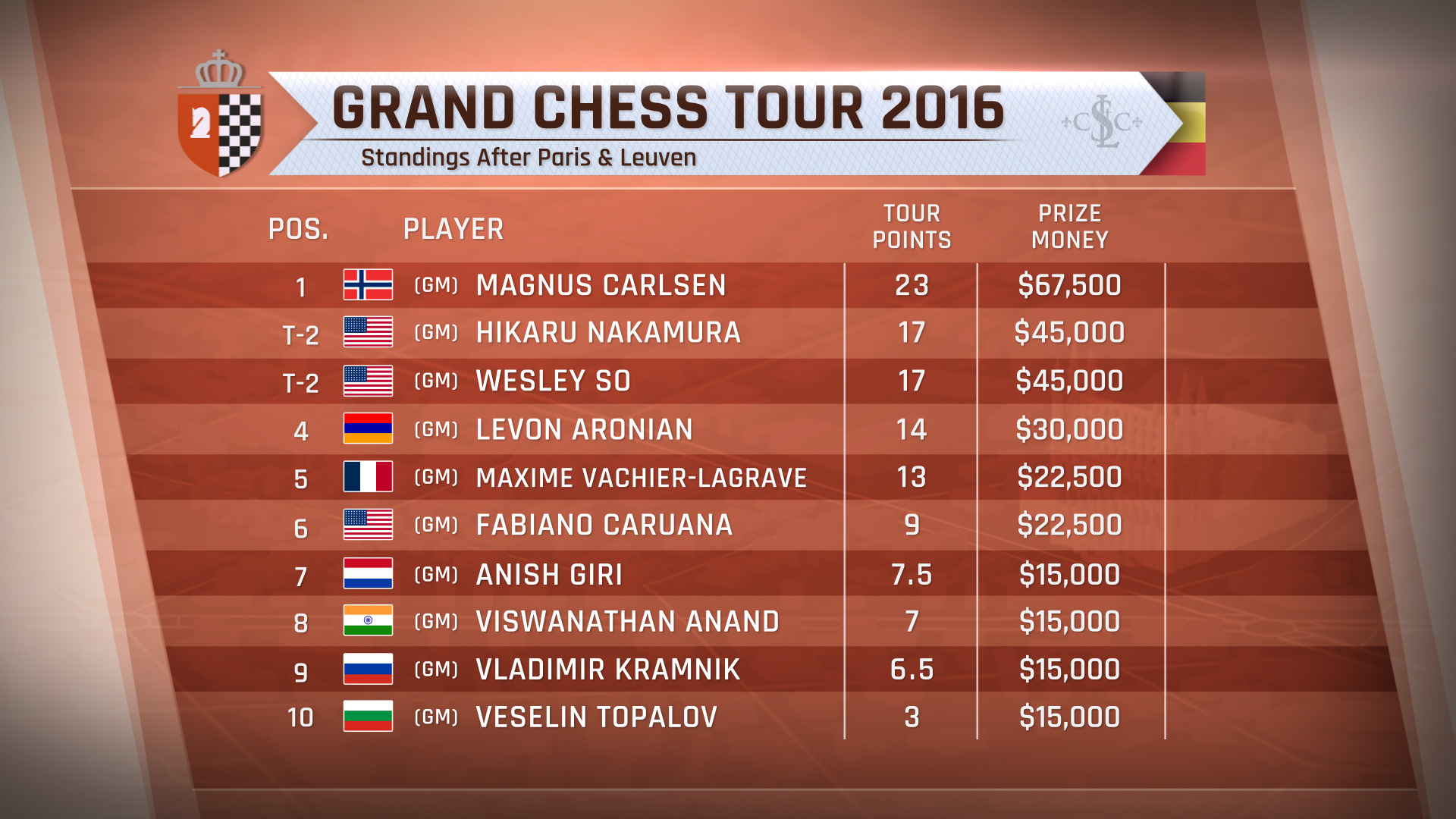