It’s a proud moment for Wesley So. He ends the year on a high note.

This, after Wesley So drew his final round game against Maxime Vachier-Lagrave, while his closest contender for the London title, Fabiano Caruana, settled for draws as well against Anish Giri.

Interesting to note that Veselin Topalov finally scored a win against Levon Aronian in Round 9. He’s not going home scoreless after all, although at the bottom of the ranking nonetheless.

Replay all Round 9 games below:[replay]

Thus, with three wins and six draws, Wesley So is the winner of the London Chess Classic 2016!

Replay all the games of the London Chess Classic 2016.

Now, having won the Sinquefield Cup and a runner up in Leuven earlier this year, Wesley So is your Grand Chess Tour 2016 champion! 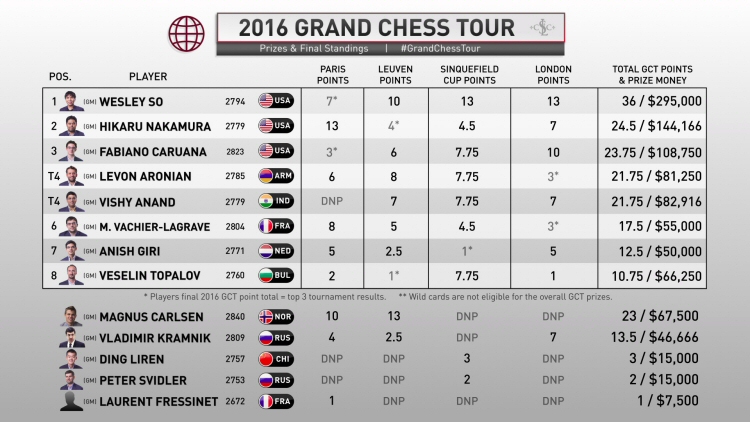 This is a big feat, indeed, for Wesley So. He will also start the year 2017 being a member of the super-elite club of 2800. Next stop: World Champioship.