Altibox Norway Chess 2017 Ranking after Round 7

Replay all the games of Norway Chess 2017.

Six more ELO points to go, and Magnus Carlsen can bid goodbye to his number 1 spot in the world ranking: 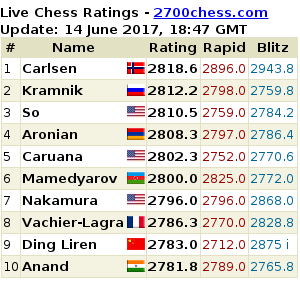