The first leg of the Grand Chess Tour 2018, the Your Next Move 2018, came to a conclusion. After 5 days of play, 9 rounds of rapid and 18 rounds of blitz games, Wesley So emerged victorious being just half a point ahead of the contenders: Sergey Karjakin and Maxime Vachier-Lagrave.

The last round indeed was full of drama. Going into the final round, So was just half a point ahead of Karjakin and MVL — he needed a win to secure the title, while a draw could mean tie-break games. Watching the live coverage, you can see the disappointment in So’s face as he resigned his last blitz game against Hikaru Nakamura. Yet, to his surprise, both Karjakin and MVL lost their respective games as well. Thus, Wesley So was crowned the champion.

Your Next Move 2018 Final Tally 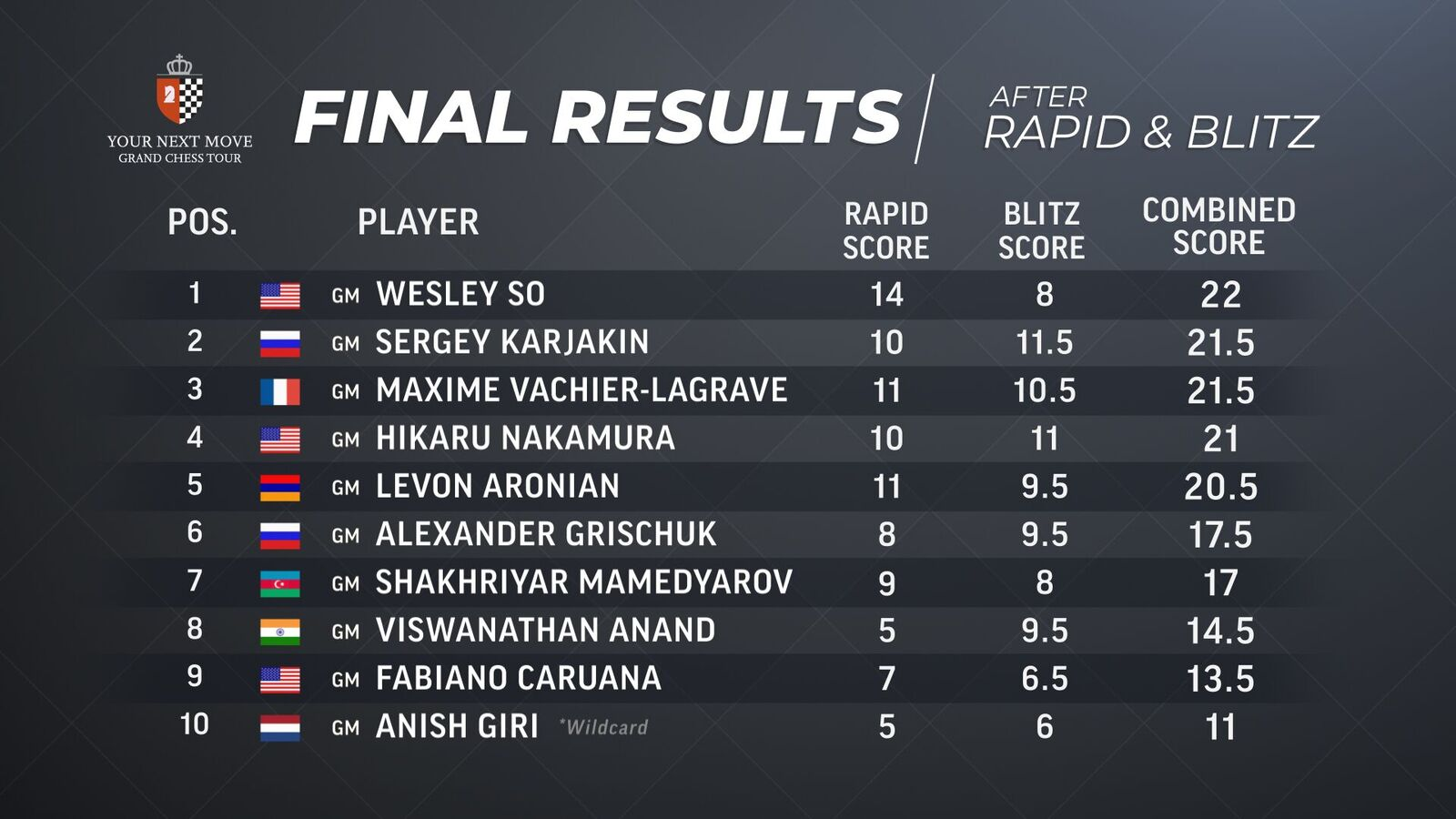 Replay all Your Next Move 2018 games: