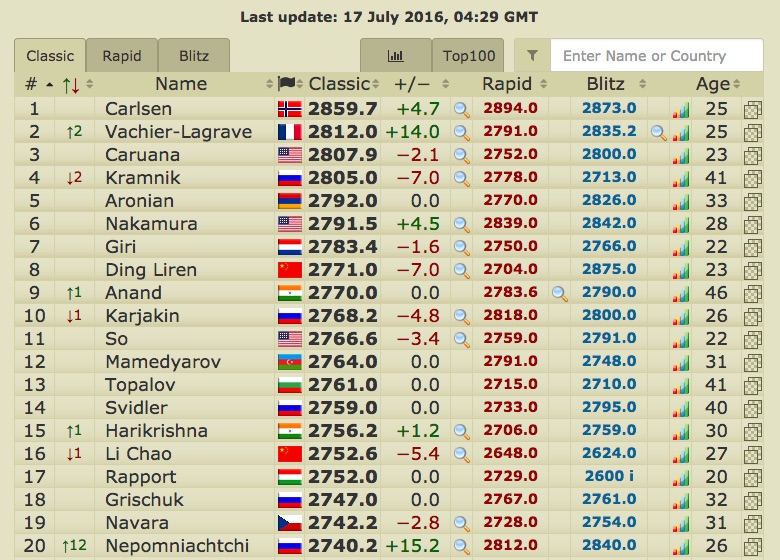 Dortmund 2016 Standings after Round 6