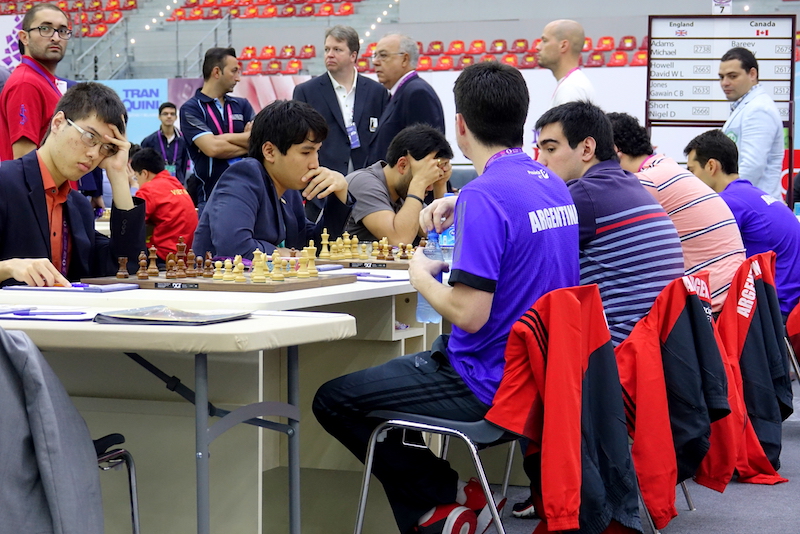 The US came up with the win when Fabiano Caruana won his game against Pavel Eljanov in Board 1, while the rest of the games were drawn.[replay] 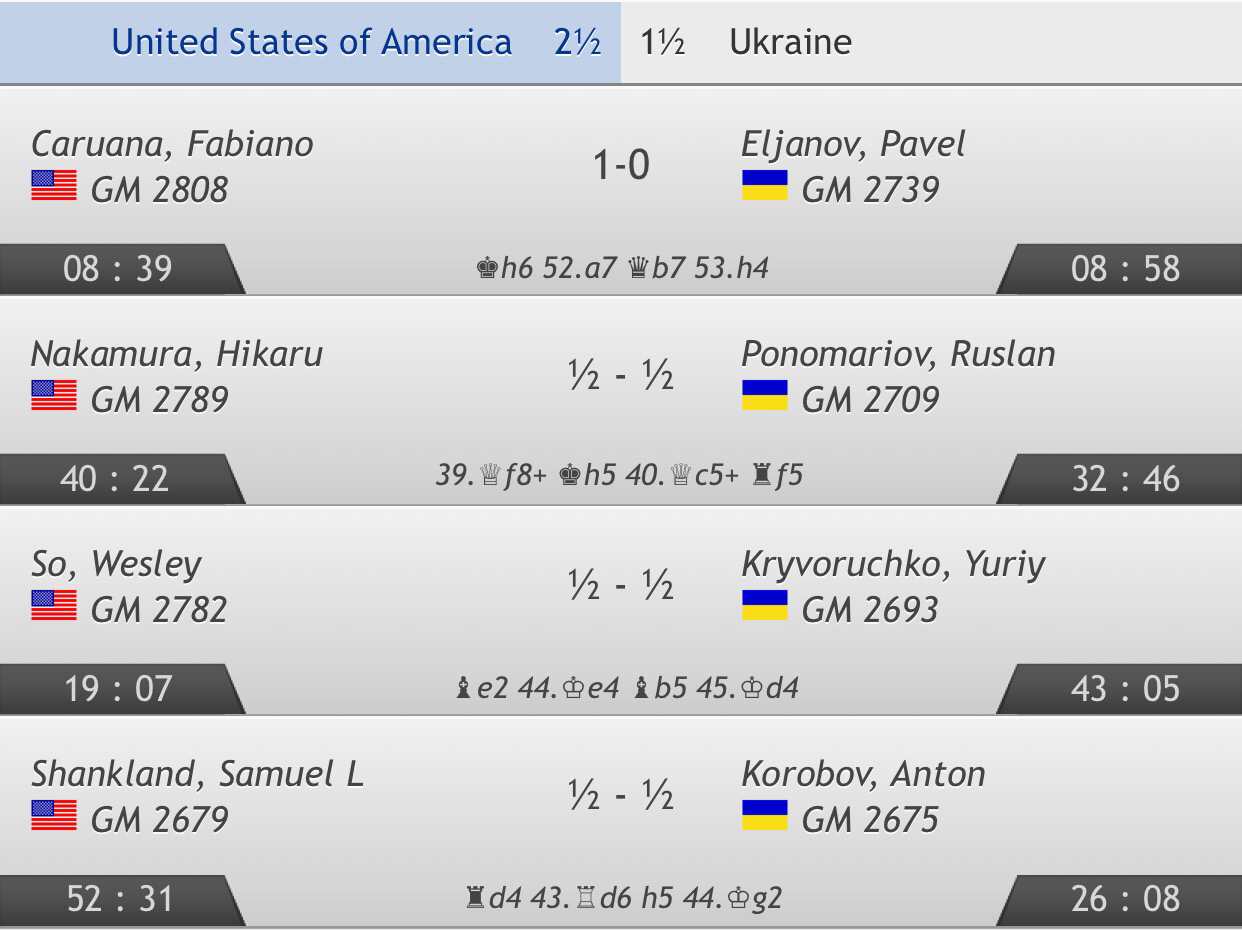 At the end of Round 6, USA is now 2nd place, right behind India, the latter having defeated Netherlands in Round 6 as well.