Replay the games of Round 1 to 3 below:[replay]

Magnus Carlsen and Wesley So were off to a good start in this leg of the tournament with 2 wins and 1 draw each. Thus, they lead the pack at the end of Day 1 of 3 rapid games: 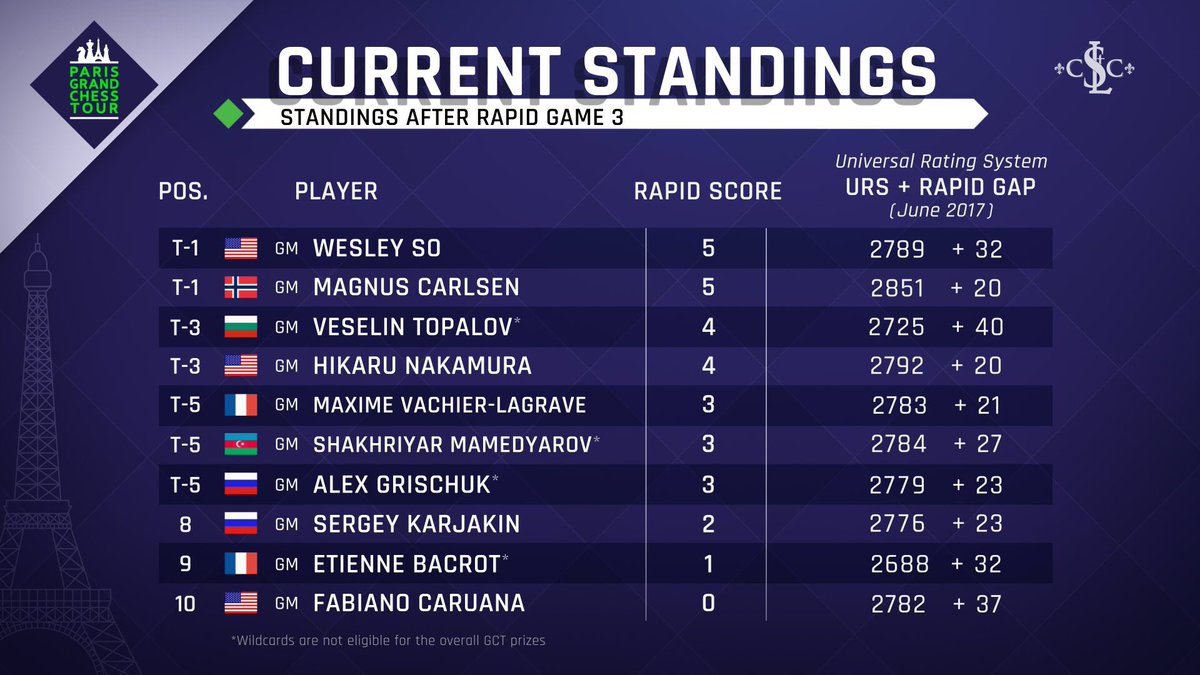