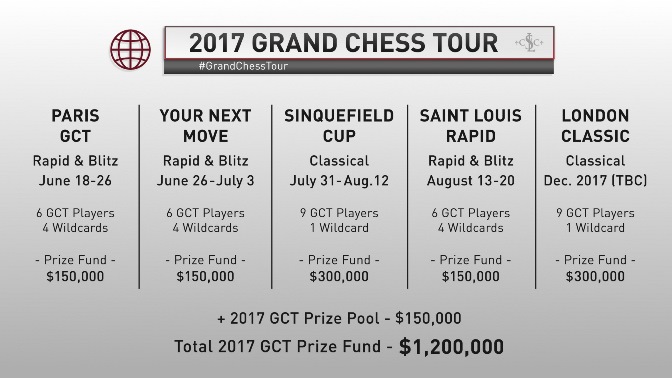 Your Next Move 2017 Final Ranking 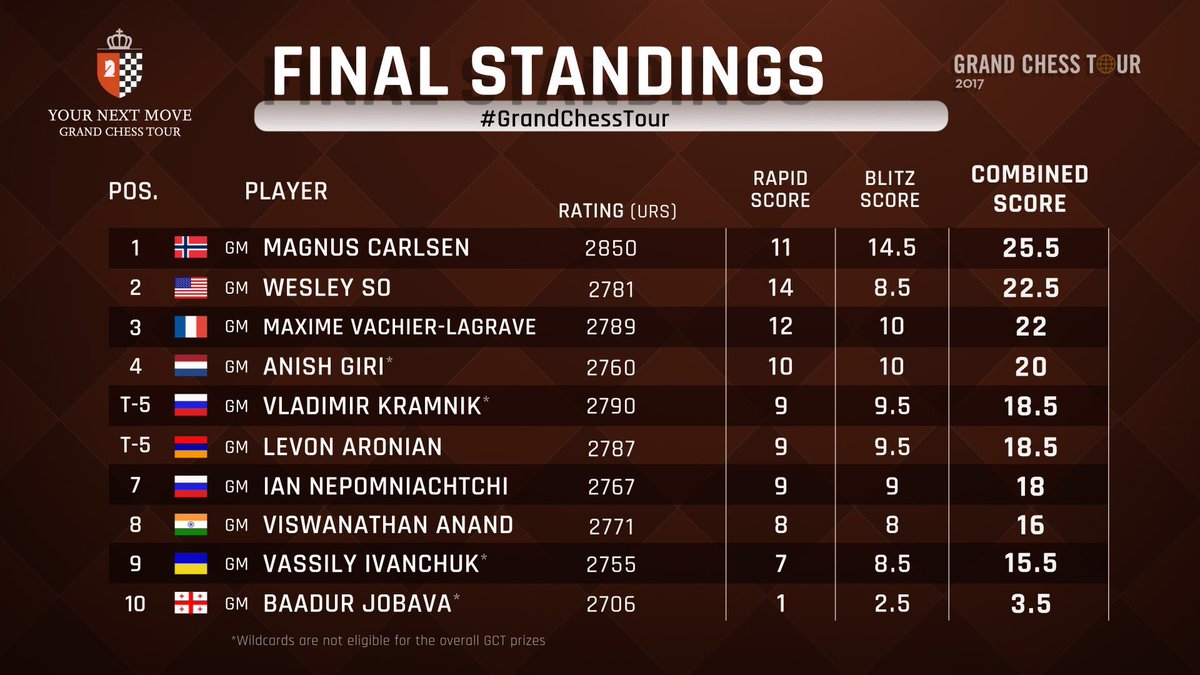 Thus, GCT points for Your Next Move 2017 are awarded as follows: 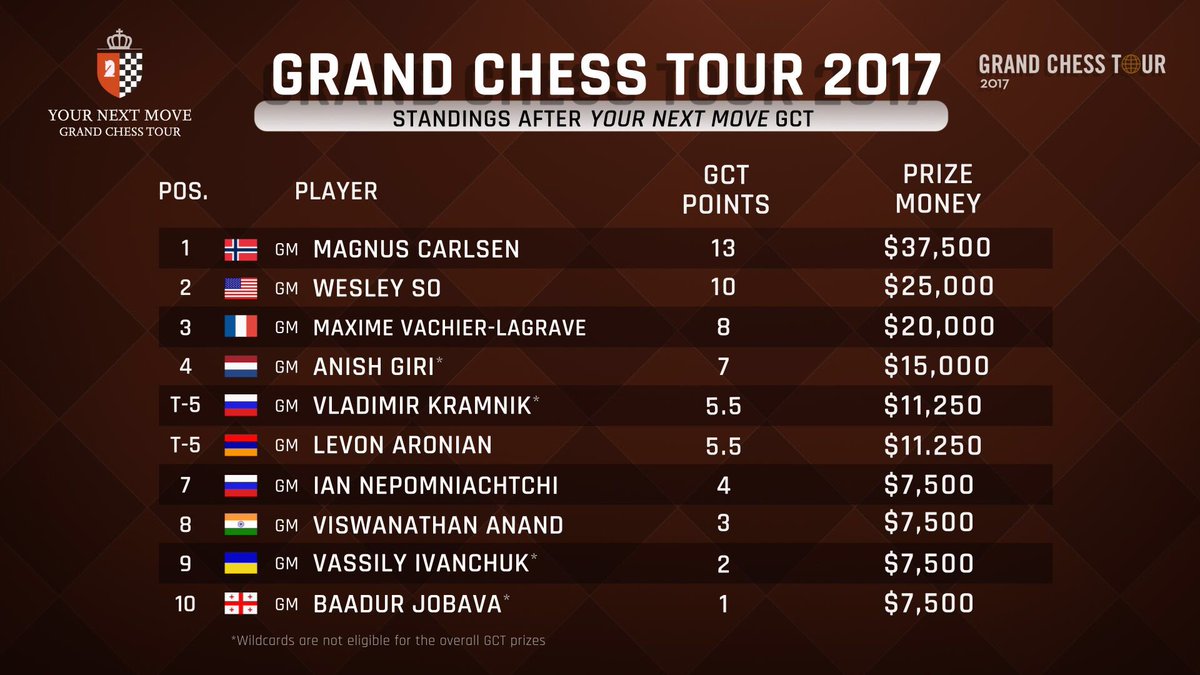 Take note that only Magnus Carlsen, Maxime Vachier-Lagrave, and Wesley So took part in both the Paris and Leuven leg, thus naturally they’re at the top of the ranking so far:

Replay all the games in Your Next Move 2017: