Philippines wins anew in Round 5 of Baku 2016 Chess Olympiad Open section, this time against the 79th seed South Africa. With a score of 3½ against ½, only GM John Paul Gomez drew his game, the rest were wins, including the 4th win of GM Eugene Torre in 5 rounds. [replay]

With this win, this puts the Philippines in 23rd place after 5 rounds, thus is set to meet tougher opponents in the next round.

True enough, it’ll be Philippines vs. Norway, home to the highest rated player in the world and the world champion, Magnus Carlsen, in Round 6.

Replay all the games of Philippines vs. South Africa below: [replay] 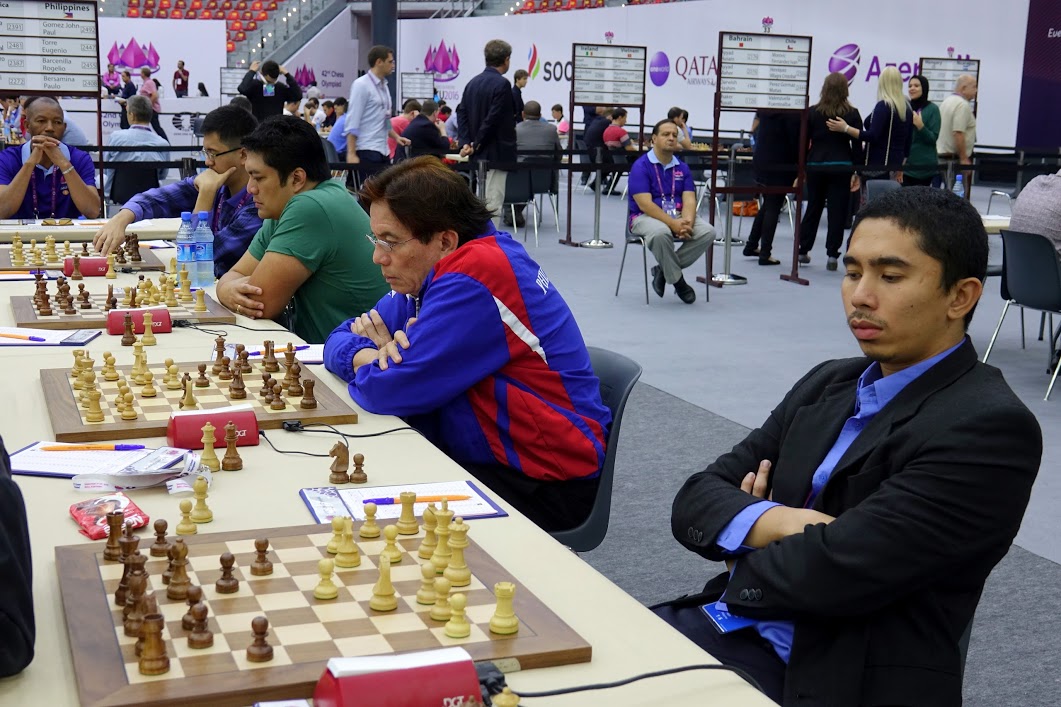 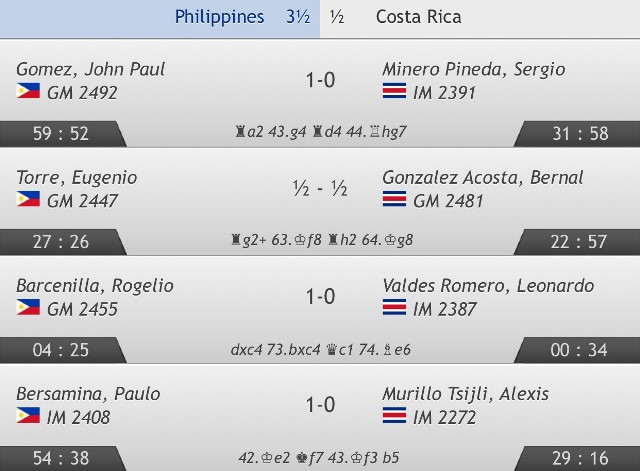