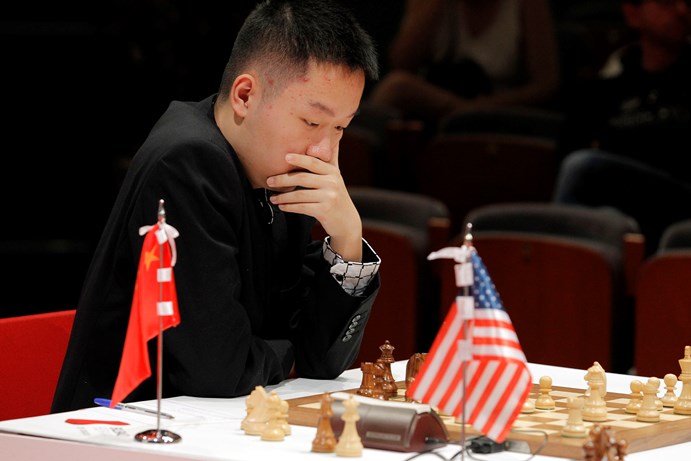 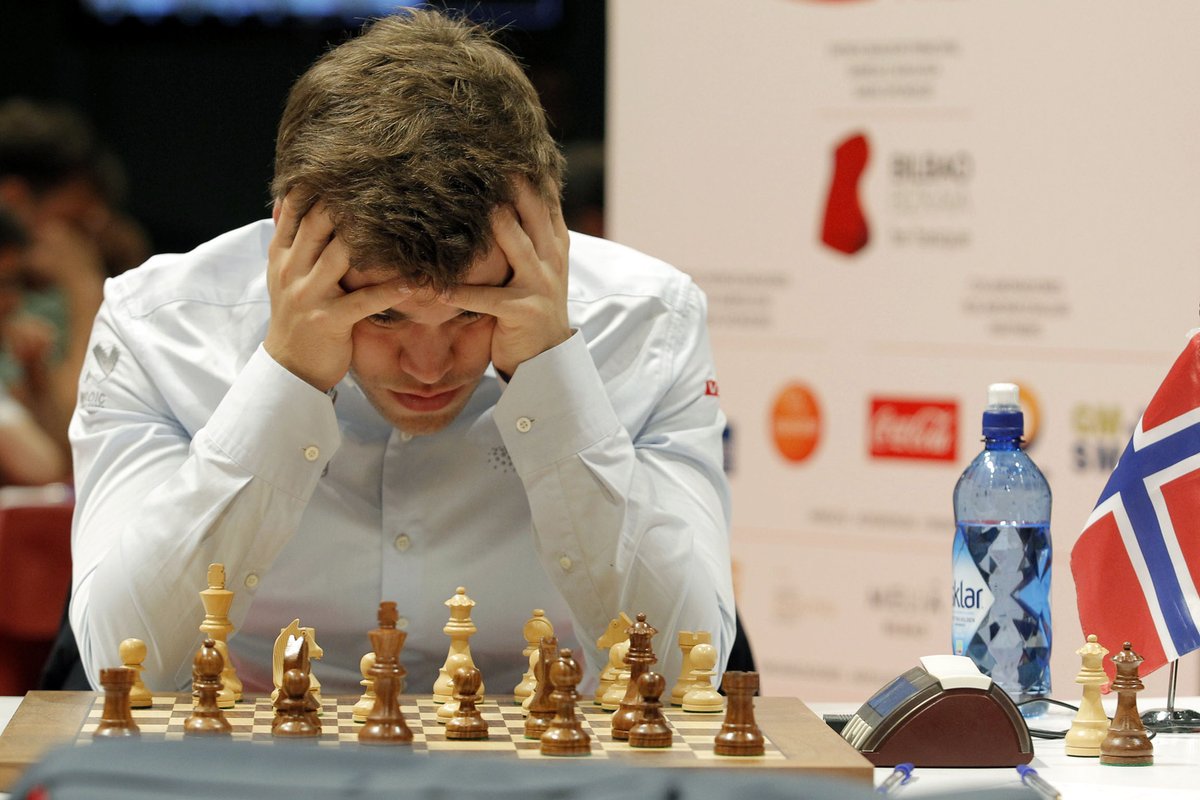 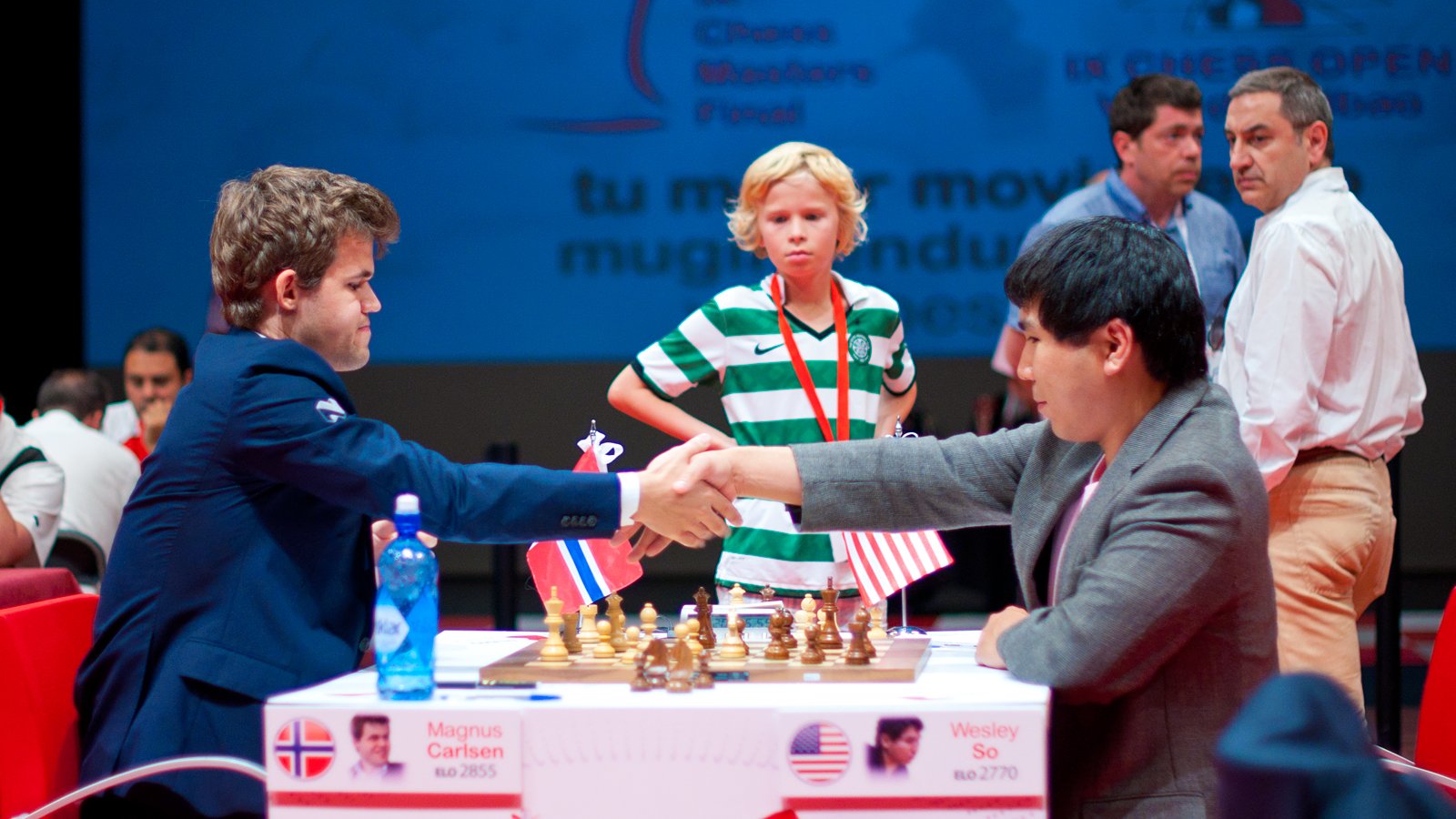 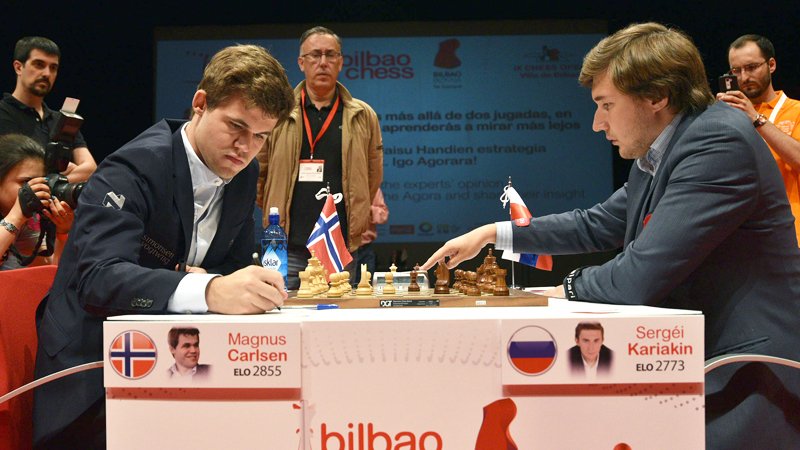 Magnus Carlsen convincingly won against his would-be challenger in the world championship, Sergey Karjakin, to take the lead in the Bilbao Masters Final 2016 after Round 3.

The other games: Hikaru Nakamura vs. Wei Yi and Anish Giri vs. Wesley So were drawn.

With 3 points for a win and 1 for a draw, ranking after Round 3 are as follows:

Bilbao Masters Final 2016 Standings after Round 3

Replay all the games played so far. 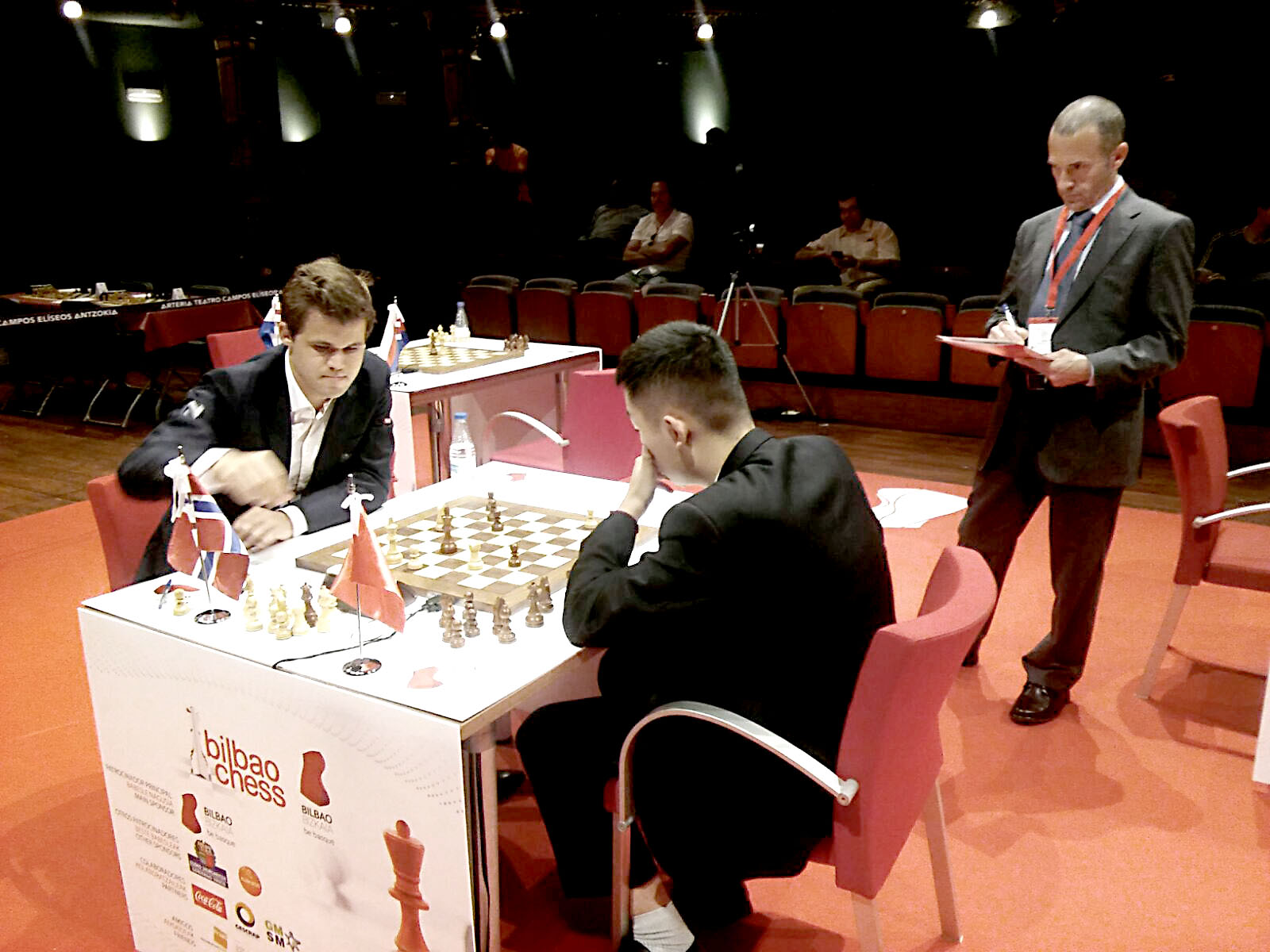 World Champion Magnus Carlsen beats the Chinese Wei Yi in Round 2 of Bilbao Masters Final 2016, and just like that, he gets back into contention for the title. The rest of the games were drawn, again.

Wesley So drew his first two games in the tournament, first against Sergey Karjakin, and this time against Hikaru Nakamura.

Now, if it were a regular point-system, Wesley So would have been in second place and Carlsen in fifth in the ranking so far, which should look like as follows:

However, the three-point rule applies, thus Carlsen is up in second place with 3 points after that win against Wei Yi. 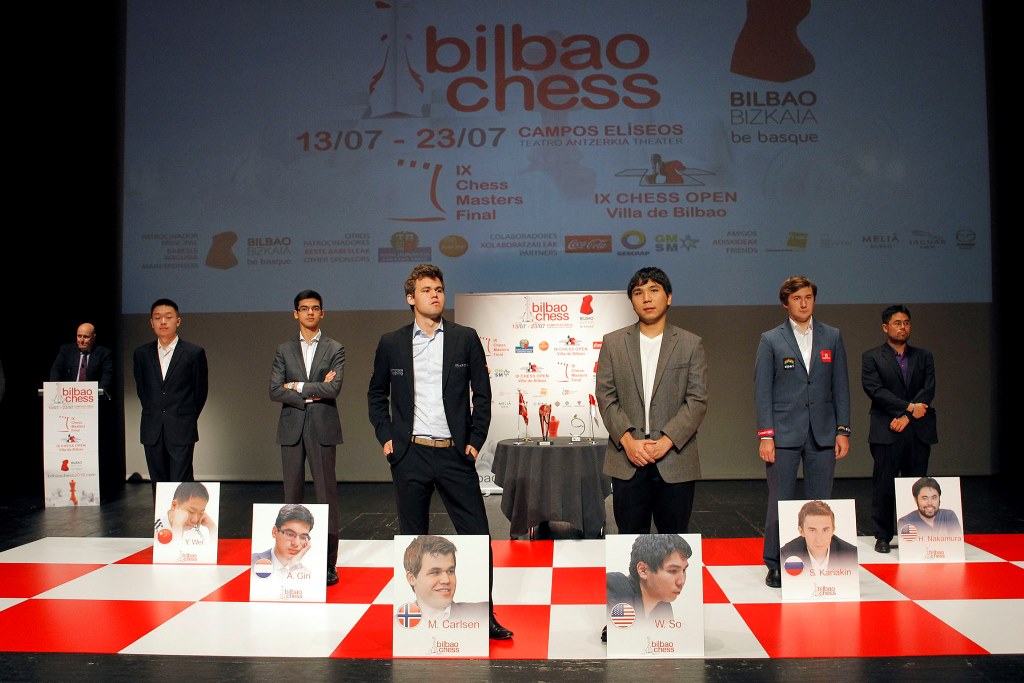 After 12 losses and 18 draws in their previous match ups, Hikaru Nakamura finally won against Magnus Carlsen in a classical format game. That happened in the very first round of the Bilbao Masters Final 2016.

The rest of the games were drawn, thus leaving Nakamura on the lead at the start of this tournament.