Wesley So is facing off Garry Kasparov in the very first round of the US Ultimate Blitz Challenge 2016, the continuation of the US Chess Championship 2016. We’re bringing it to you live!

UPDATE: Kasparov won the Round 1 game against Wesley So. Replay the game below.

Check out the update about the results of Day 1 where Wesley So is leading.

Replay Round 1 game of Garry Kasparov vs. Wesley So below: 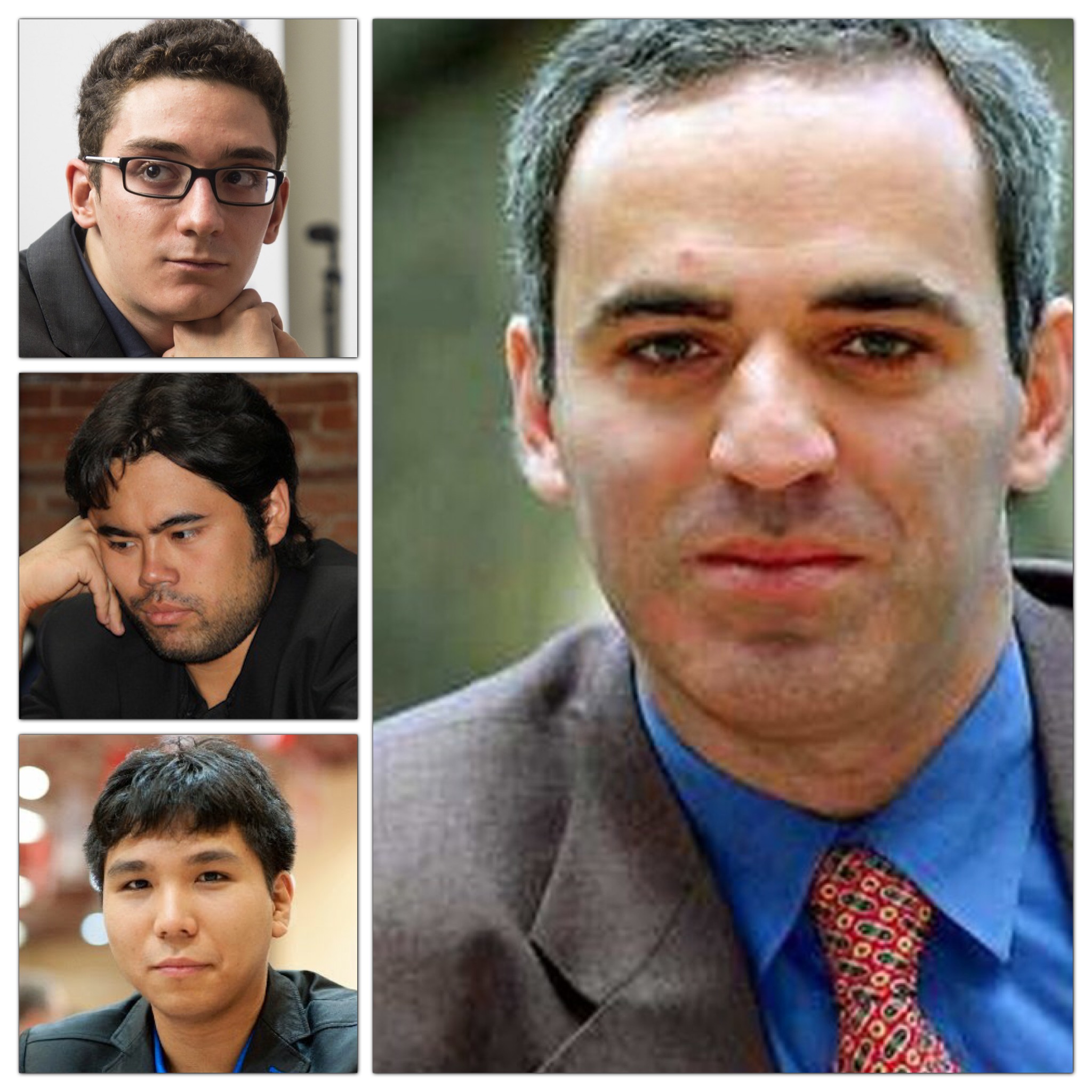 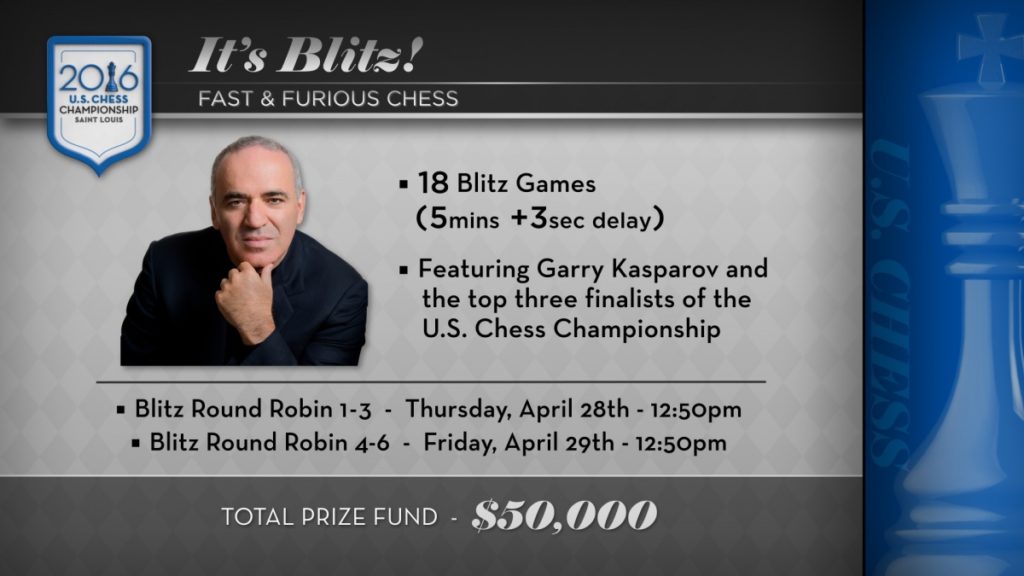 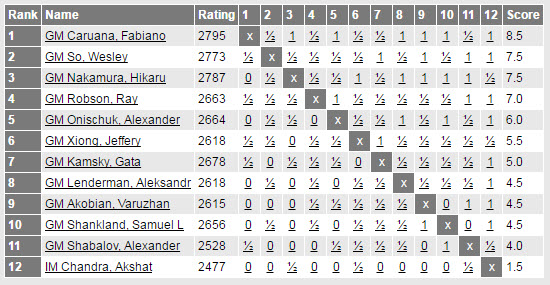 Wesley So settled for 2nd place where he shared the score 7.5 with Hikaru Nakamura.

On Chessbase news: US Championship 2016 – The strongest ever?

Three top ten players start in the US Championship 2016 and nominally it is the strongest US Championship of all times. But can you really compare today’s tournaments with those of the past? Andy Soltis takes a look at previous Championships that were surprisingly strong and concludes that in a historical context 2016 might not be “the strongest ever”.

Let Magnus Carlsen and the rest of the top 10 gang play, and sure you may call it the strongest US Championship ever.

My point is, if you ask the question, “Is the 2016 US Championship by native Americans the strongest ever?” Then the answer is NO!

In 2015 Wesley So’s US Championship was derailed when he lost a 6-move forfeit game against Varuzhan Akobian. This year they got to play a full game, or at least 24 moves, which was all it took for So to crush his opponent.