Remember that the rapid games crosstable looked like below: 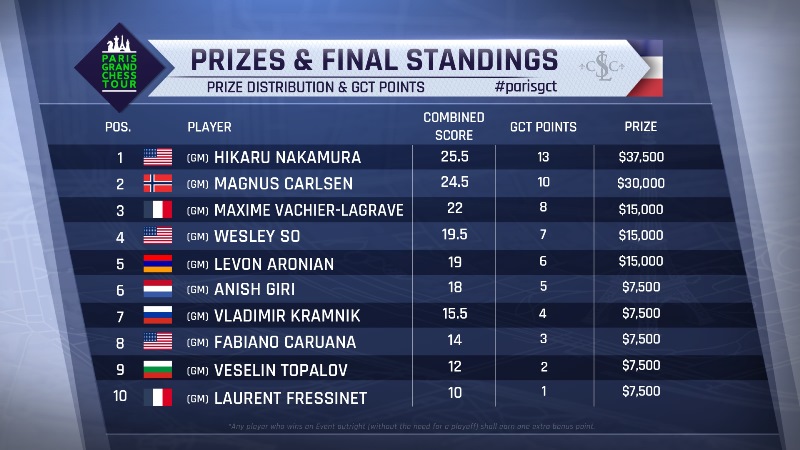 Grand Chess Tour 2016 is a circuit of 4 chess tournaments and start with the GCT Paris (this tournament) Rapid and Blitz games. Participants rack up points in order to determine who is/are the ultimate winners.

Complete lineup of the tour stops under the Grand Chess Tour 2016 follows: