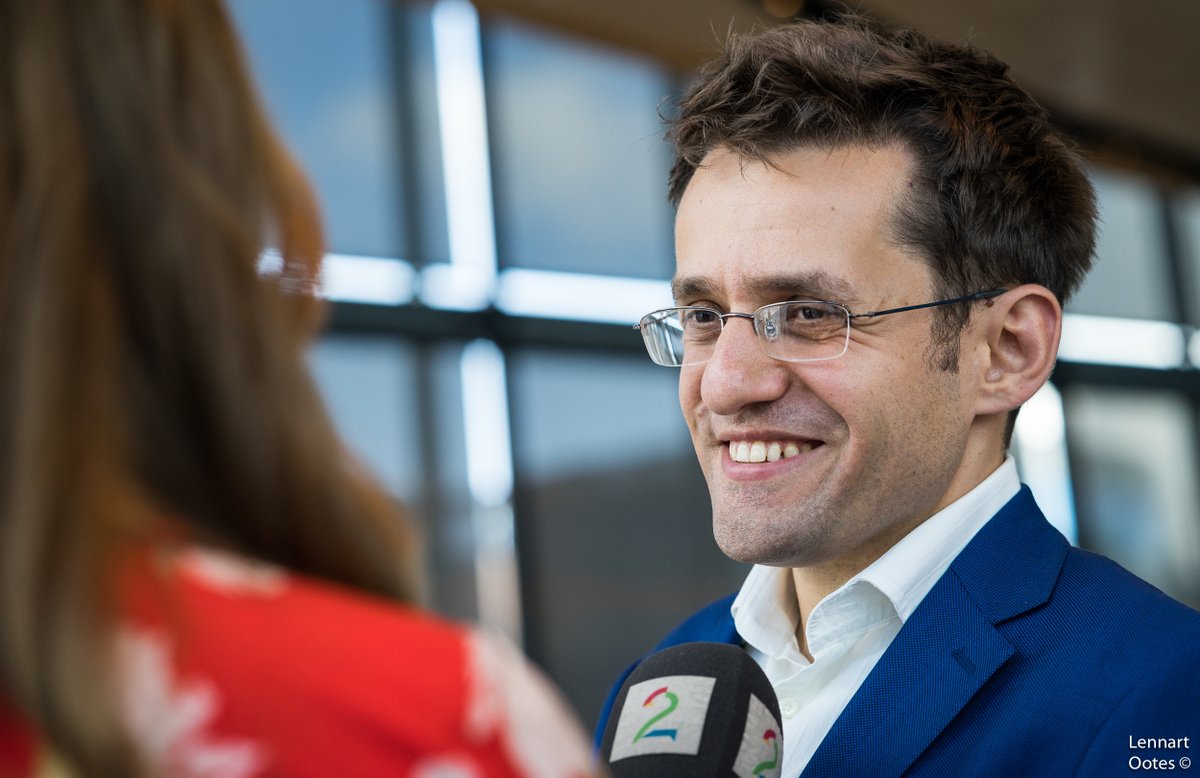 The 5th Altibox Norway Chess concluded for wins for Fabiano Caruana against Hikaru Nakamura, and Vladimir Kramnik over Anish Giri.[replay]

Thus, the half-point advantage of Levon Aronian before the final round turned into a full point lead to secure his win of this tournament. 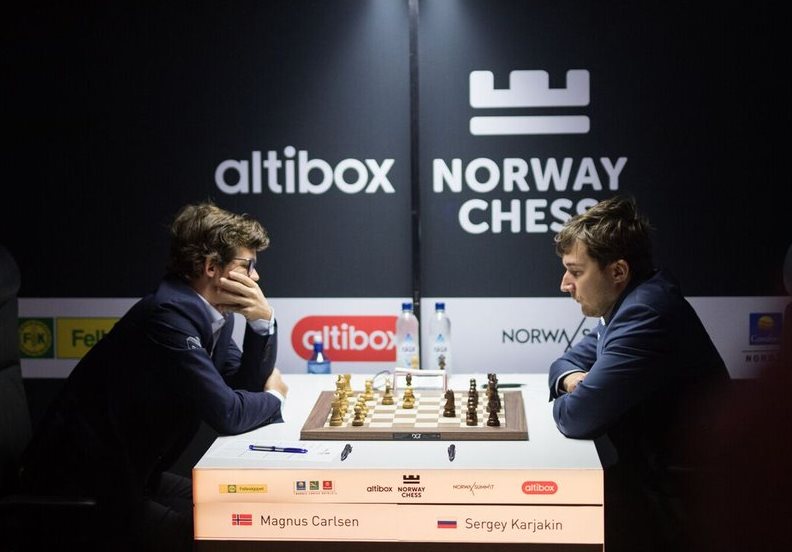 The two bottom-dwellers at the end of the previous round won this time in the penultimate round of Altibox Norway Chess 2017.

The rest of the games were drawn.[replay]

Thus, Levon Aronian still leads leading to the final round with 5.5 points (3 wins and 5 draws), followed closely behind by Hikaru Nakamura with 5 points. 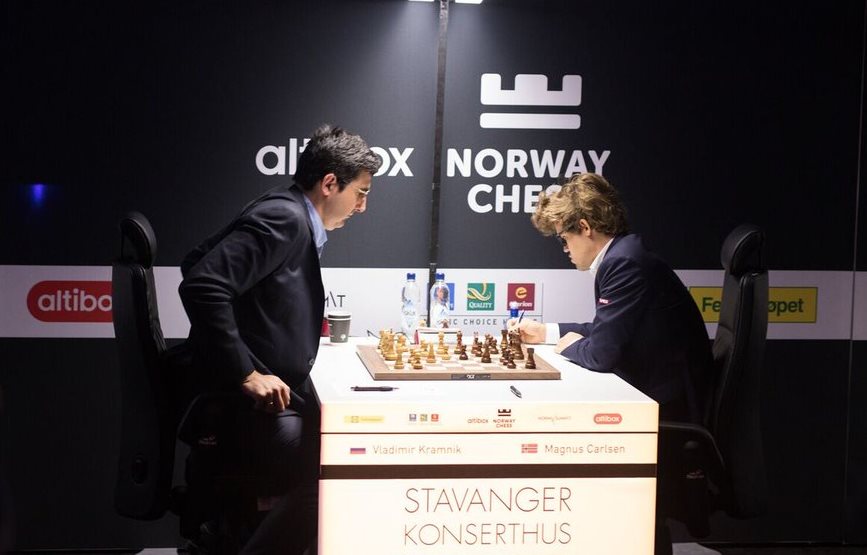 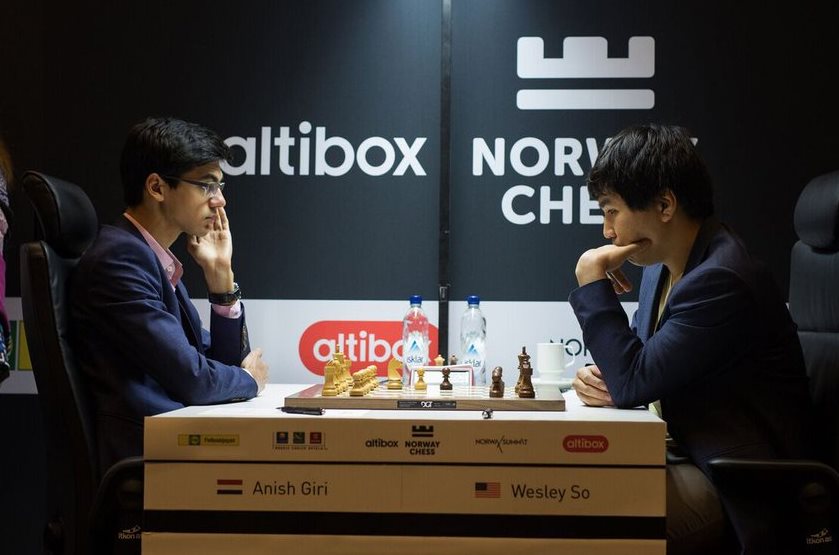 Former world champion Vishy Anand, after losing two games in the prior rounds, finally won one, at the expense of Fabiano Caruana, in Round 6 of the Altibox Norway Chess 2017. Meanwhile, Levon Aronian scored once against against Vladimir Kramnik in the same round.[replay]

Aronian and Hikaru Nakamura both have two wins and 4 draws in this tournament, thus lead the pack at the end of Round 6. Thus far, only Wesley So and Sergey Karjakin have all 6 draws and have yet to win or lose a game. 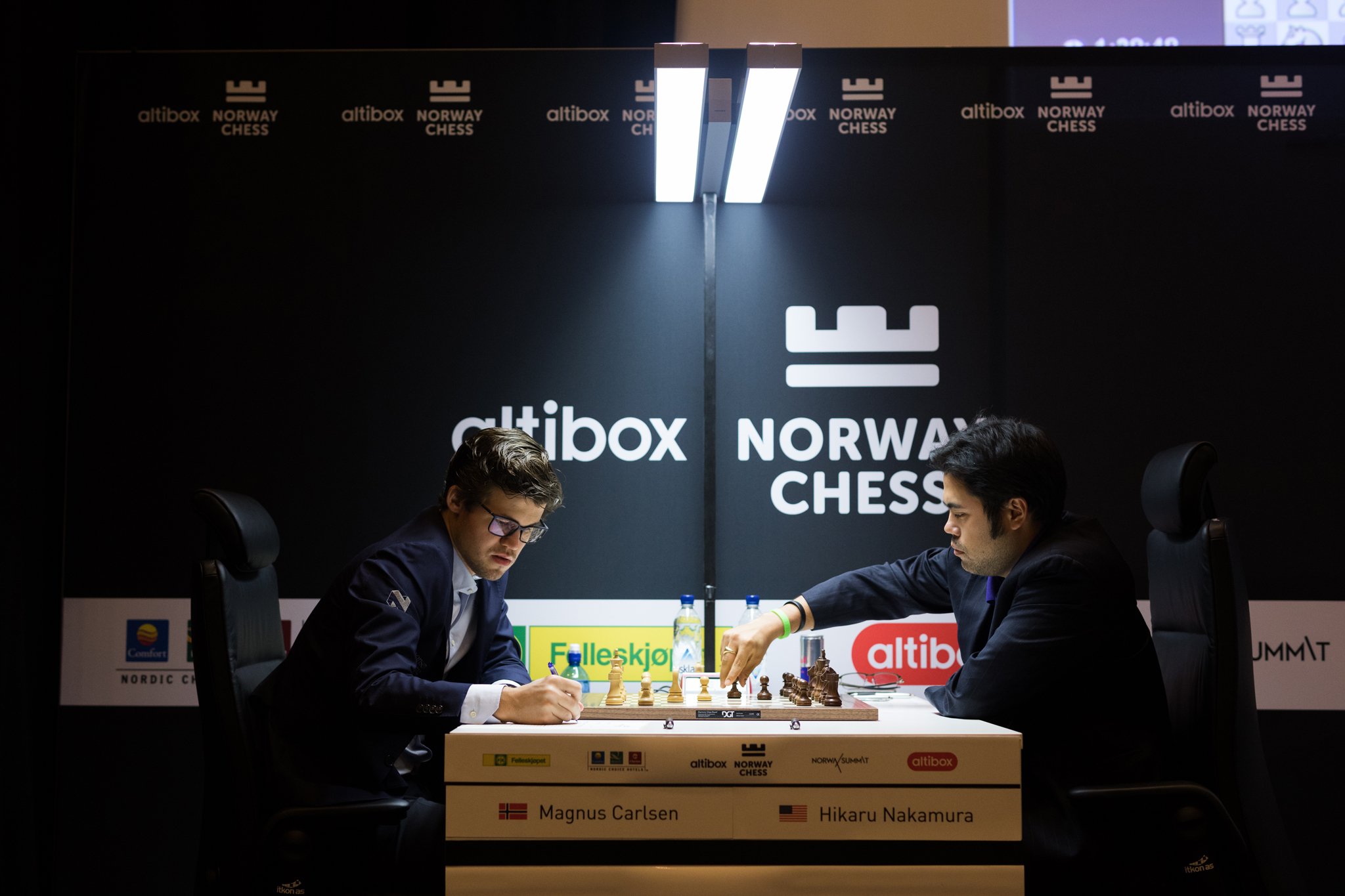 The Round 3 games of the Altibox Norway Chess 2017 were nothing short of action, as players tend to create imbalance among their games, but they ended in draws nonetheless.[replay] 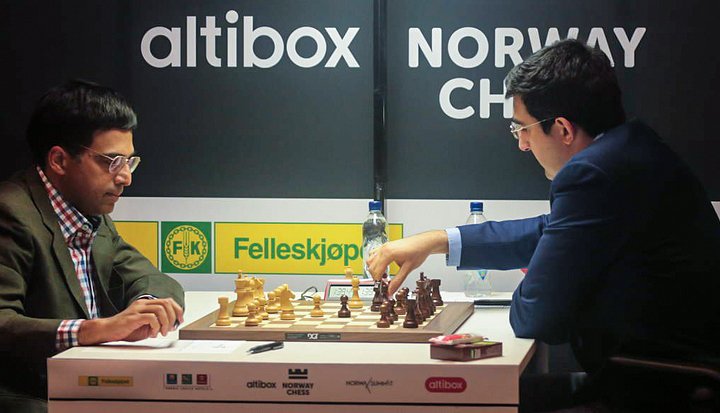 Vladimir Kramnik came out strong with the black pieces and defeated Viswanathan Anand in Round 2 of Altibox Norway Chess 2017.[replay]

This win by Kramnik made him reclaim the 2nd place in the live rankings: 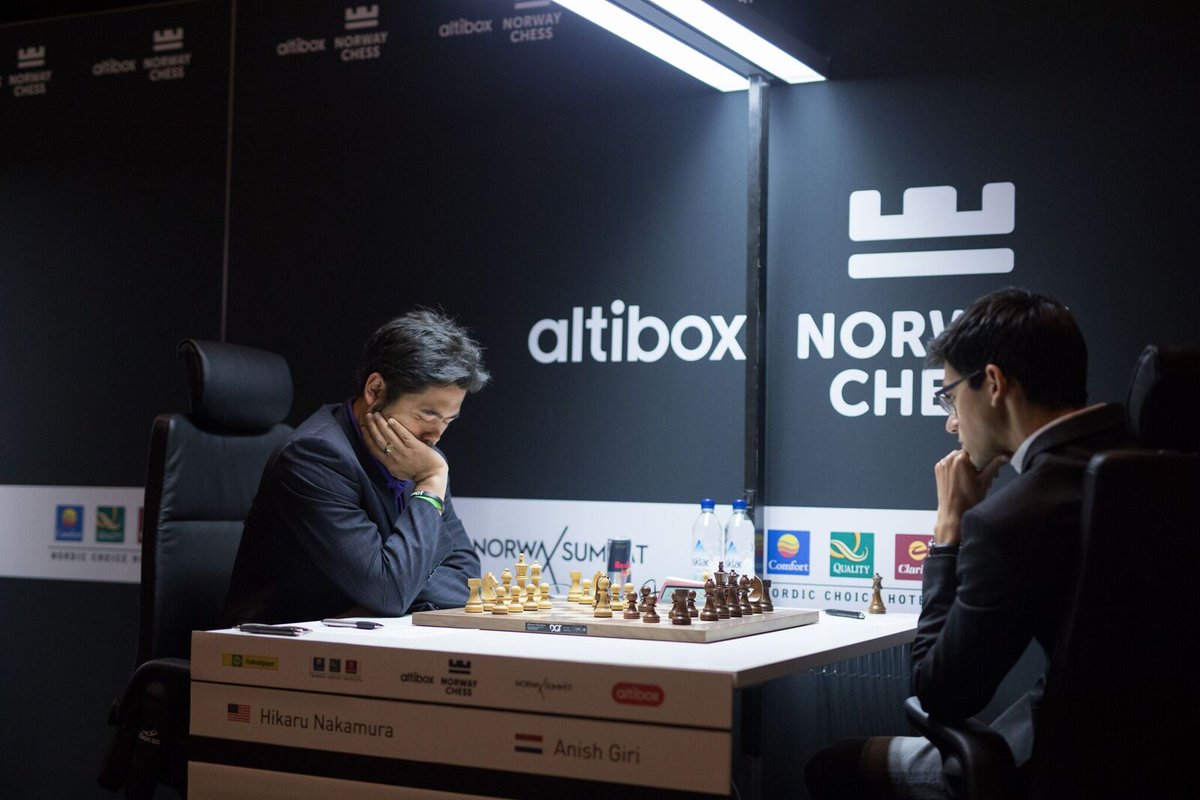 Hikaru Nakamura grabs the early lead in the opening round of Altibox Norway Chess 2017 tournament, as he beats Anish Giri in 67 moves of the Grunfeld Defense.

Dubbed as the World’s Strongest Chess Tournament, Altibox Norway Chess 2017, which is scheduled to happen June 5 to 17 this year, was able to gather to play the current (February 2017) top 10 players in the world: